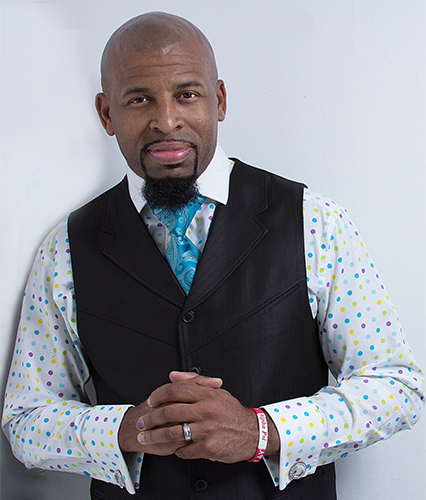 Funnybone is a native of Jacksonville, Florida. He graduated from First Coast High School and has a B.S. degree in Education from Edward Waters College. He is also a member of Kappa Alpha Psi Fraternity. Funnybone started comedy in 2002 when in enrolled in comedy school at the Comedy Zone in Jacksonville, Florida.

Using his God giving gift to humor, Funnybone moved up quickly at the school being a House MC. He was able to open up for house hold names such as Mark Curry (Hanging With Mr. Cooper), Tommy Davidson (In Living Color), Michael Winslow (Police Academy), Jimmy Walker (Good Times), and Frank Caliendo (Fox News Sports) and many more. After completing Comedy School Funnybone started traveling as a secular comedian for Bonkers Comedy Clubs and Coconut Comedy Clubs. In 2008 Funnybone gave his life to God and decided to dedicate his talents to God as well.

By walking on faith Funnybone left the Comedy Clubs and start performing as a independent Christian Comedian. In 2011 Funnybone sphere headed the "Clean Kings of Comedy". The show was a sold out show and it showed Funnybone that a lot of people still appreciate clean humor. He later promoted and headline "A Holy Ghost Party", "Crazy Praise", "Off the Chain", "Saturday Night Laugh" and "Laugh It Off Comedy Explosion".

In 2012 Funnybone with booking agency A to Z Entertainment to handle his world wide booking. In 2013 thru 2015 Gig Salad rated Funnybone as the Best Christian Comedian in the state of Florida. He is married to Latonya R. Harris and they have two children, Albert B. Harris III and Marquis K. Harris and granddaughter Layla Harris.