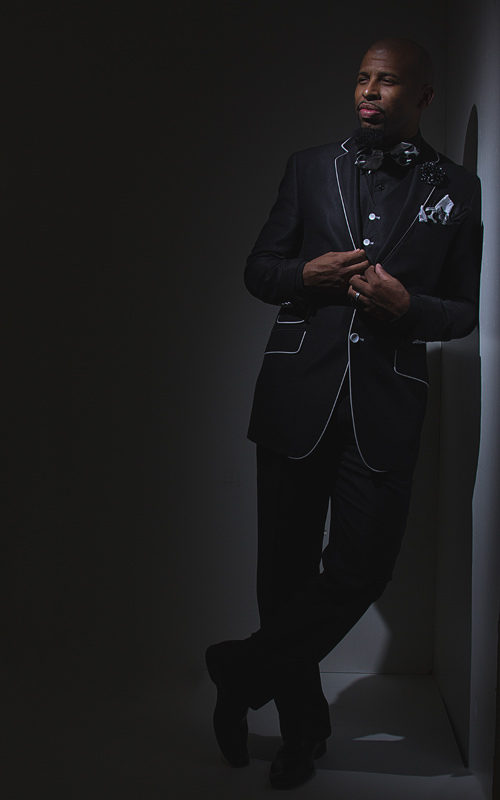 Born to Albert Harris Sr. and Anita Harris, Albert Jr. A.K.A Funnybone was a child with a high science of humor and everywhere he went he loved to crack jokes. In Elementary School he was known as the "Class Clown". Life was awesome for Funnybone, he enjoyed being around his mom and dad. Once he became a teenager his mom and dad got a divorce, funnybone was heartbroken and he prayed to God that his mom and dad could co-parent him. The divorce was so bitter it allowed the co-parenting not to exist, leaving him with just his mom.

He enjoyed being with his mom, but his mom could not teach him how to be a man. It even got to point that anger started to sit inside of him seeing his friends with their mom and dad. After graduation from High School Funnybone received a scholarship to play basketball for Edward Waters College. His freshmen year in College he met his College Sweetheart Latonya Borden.

From the outside it looked like Funnybone had it all together, he was a Star Basketball player and pledged and awesome fraternity and was engaged to be married to Latonya Borden. Little did anyone know Funnybone had NO tools on how to be a man. In August 1998 Latonya gave birth to their first child Albert B. Harris III. August 1999 Funnybone and Latonya was married. Never been taught how to be a man Funnybone had NO idea what marriage life was going to be about.

He struggle with being faithful to his wife. All the men he knew as a child displayed this sin that Funnybone adopted and he couldn't let it go. While being a secular comedy, women from all over came to watch him performed. Battling this stronghold he wasn't able to turn them away. December 2003 Latonya gave birth to their second child Marquis K. Harris. Being a father of two boys still didn't stop Funnybone for being a child.

For years Latonya prayed that her husband could learn how to be a man, but Funnybone was to deep in his sin. After years of going through a painful and adulterous marriage Latonya decided to file for a divorce. By God hardening Latonya heart it was the best thing to happen, because it allowed God to deal with Funnybone one on one. God had chopped Funnybone down limb by limb. In a two year span Funnybone lost his Family, his Home, and his Career job leaving him powerless. 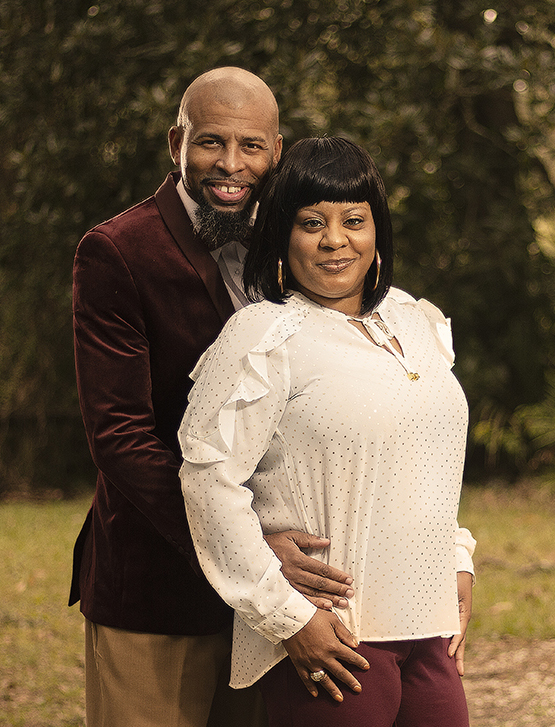 By being powerless it was going to be the best gift that Funnybone received. It allowed him to look at himself and ask God to show him how to be a man. He started to read the bible and learned more about Jesus Christ. Through his new walk with God he even made amends with his dad for lost times. He was happy to be saved and he even contacted Latonya to say he was sorry for all his wrong doing and he was going to be the best father he could be to his two boys.

In August 2009 they renewed their vows at their home church Household of Faith, and Albert III and Marquis served along with one of his best friend as his Best Man. Being granted his family back, Funnybone knew that God had an assignment for him to complete for the Kingdom of God. God showed Funnybone how to be God's Man and to share his testimony with the world. Funnybone did just that and he even gave up secular comedy and decided to be a Christian Comedian. 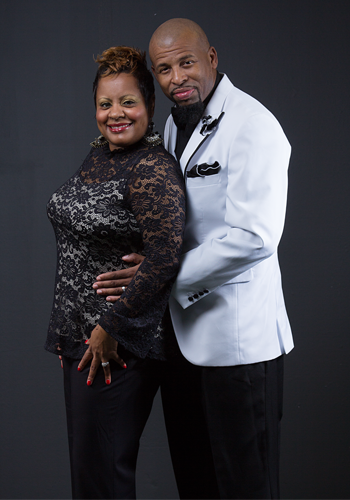 By no connections with any churches, Funnybone walked on faith and God gave him the gift of No Fear. He showed Funnybone that Fear doesn't stop death fear stops life. Funnybone and Latonya grabbed the phone book and called church after church introducing his ministry of comedy. Funnybone started booking all over Florida and begin traveling as a Christian Comedian. God granted Funnybone everything he lost and blessed him to even speak about his testimony. The best gift of all to Funnybone was receiving his family back, because in his eyes his family is priceless.

On March 29th, 2012 Funnybone dad Albert Harris Sr. died at the age of 59 years old. Funnybone was sad to see his dad leave this earth, but he knew his dad was in a better place. It brought joy to his heart that he was able to have a awesome relationship with his dad and his dad was able to see him saved before his exit to heaven. After his dad death, Funnybone got even more powerful as a Christian Comedian. Funnybone signed a contract with A to Z Entertainment to handle his worldwide booking. Funnybone was also rated the Best Christian Comedian in Florida.

Today Funnybone travels all over the world sharing his testimony and his ministry of comedy. During his free time Funnybone spends a lot of time with his family Latonya, Albert III, Marquis and they dog Roscoe. They attend Household of Faith church in Jacksonville, Florida where Funnybone and Latonya are a part of the marriage ministry. Living a Happy and saved life Funnybone is here to tell all the men that you are not a man until you are God's Man.